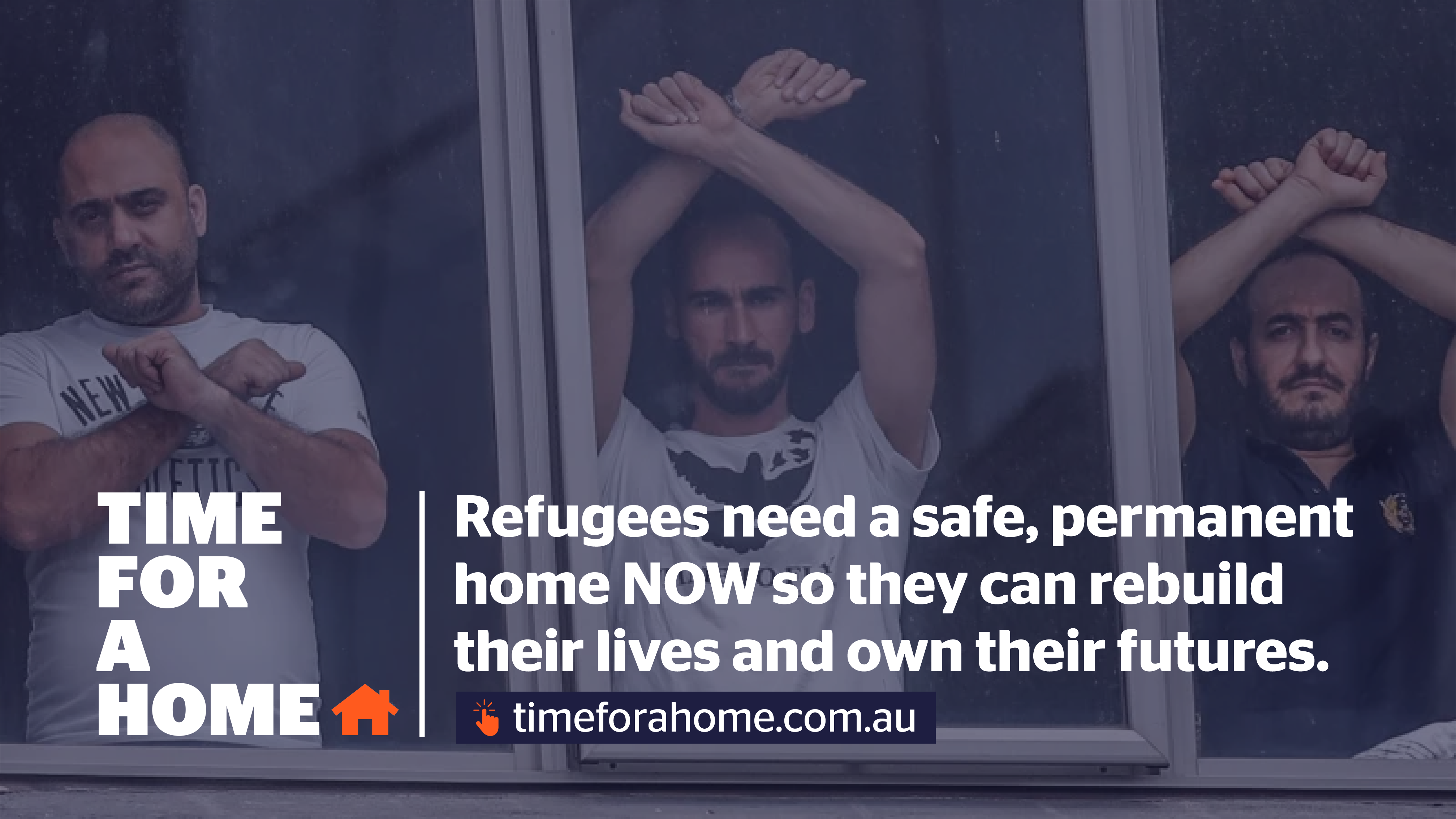 Join us for the online campaign launch event!

Featuring political and refugee leaders, an update on the campaign strategy, and clear information about how you can take action to win freedom and a safe, permanent home for refugees!

Register (free) to get the Zoom link.

About the Time for a Home campaign

No matter where we come from or how we got here, everyone needs a safe place to call home.

But for the past seven years, successive governments have enacted harmful policies against people seeking asylum, including the indefinite detention of everyone who arrived by boat after 19 July 2013.

Today, there are still 290 people held against their will in Papua New Guinea and Nauru. Over 1000 women, men and children have been transferred to Australia for critical medical treatment and now live in ‘transitory’ visa limbo. Over 200 of those people are held in locked immigration detention centres and so-called ‘alternative places of detention’, such as the Mantra and Kangaroo Point hotel prisons.

Countless Parliamentary and Departmental inquiries, UN investigations, reports by the Australian Human Rights Commission, and numerous whistleblowers, including the government’s own doctors have repeatedly told us the same story of systematic abuse,  violence and medical neglect of people held in detention facilities. Tragically, 13 people have died in these centres.

After 7 long years of toxic politics, it’s time the Government frees these women, men and children, and quickly resettles them into our community, so they can be safe and have a place to call home.

Time for release from detention.

Time for a permanent resettlement solution.

Time for a home.