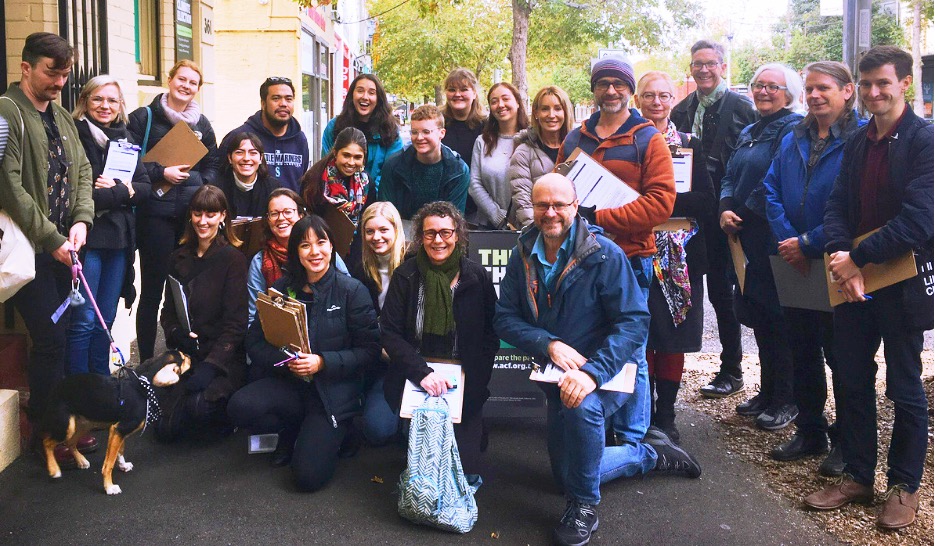 Cuts to the SRSS safety net for people seeking asylum are unfair and inhumane, but we have a huge opportunity to put pressure on Labor to change that policy.

This will reduce the number of people accessing the SRSS, for that reason, thousands of people have been cut off lifesaving services which include trauma counselling and income support to cover rent and food.

Therefore, on Saturday 11th May 2019, a team of volunteers were out on the street mobilising people in South Melbourne to make over 50 calls and write 50 letters to Josh Burns (Labor candidate for Macnamara) and Bill Shorten MP urging them to #ChangeThePolicy

What an amazing turnout!
Thanks to all the people and volunteers who took part in such an important action.