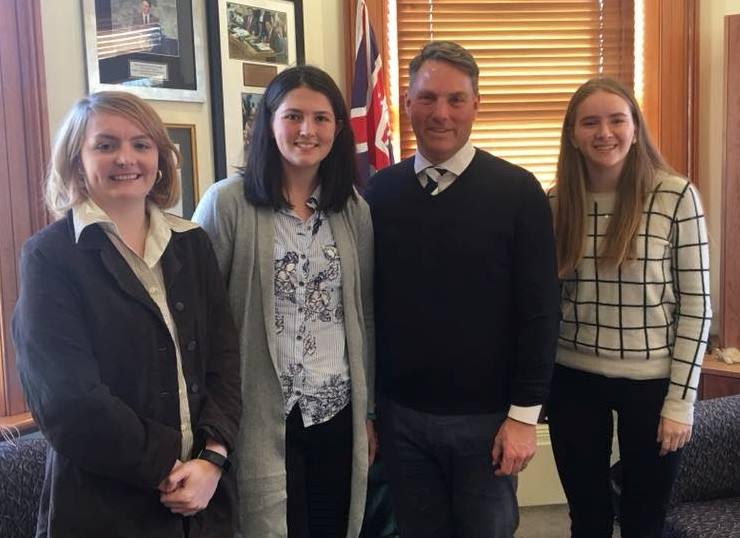 This meeting was organised by semele costelloe

Greater Geelong Youth with Refugees recently met with Richard Marles Labor MP for Corio, to discuss young people's views about people seeking asylum and how his party plans to get policies back on the #RightTrack!

Hi, I'm Semele and I am reporting back on our meeting with Richard Marles. Our meeting was super productive, with many of our questions answered about what Labor is prepared to do if they take Government.  In line with the Labor Draft Policy Platform, Richard reaffirmed the commitment that, under a Labor Government, TPVs would automatically change to permanent visas without having to be reassessed and a freeze would be put on deportations until a fairer review process was put in place. He also committed Labor to doubling the humanitarian intake over the next 10 years and to increase funding to UNHCR.

When we pushed Richard about the language Labor uses when discussing people seeking asylum, he acknowledged that Labor has acted politically on refugee policy in the past and agree that there needs to be a shift towards promoting compassion, fairness and generosity on the issue. He seemed very engaged with what we had to say and is planning on attending one of our conversations to witness for himself how his electorate wishes to create a fairer asylum process.