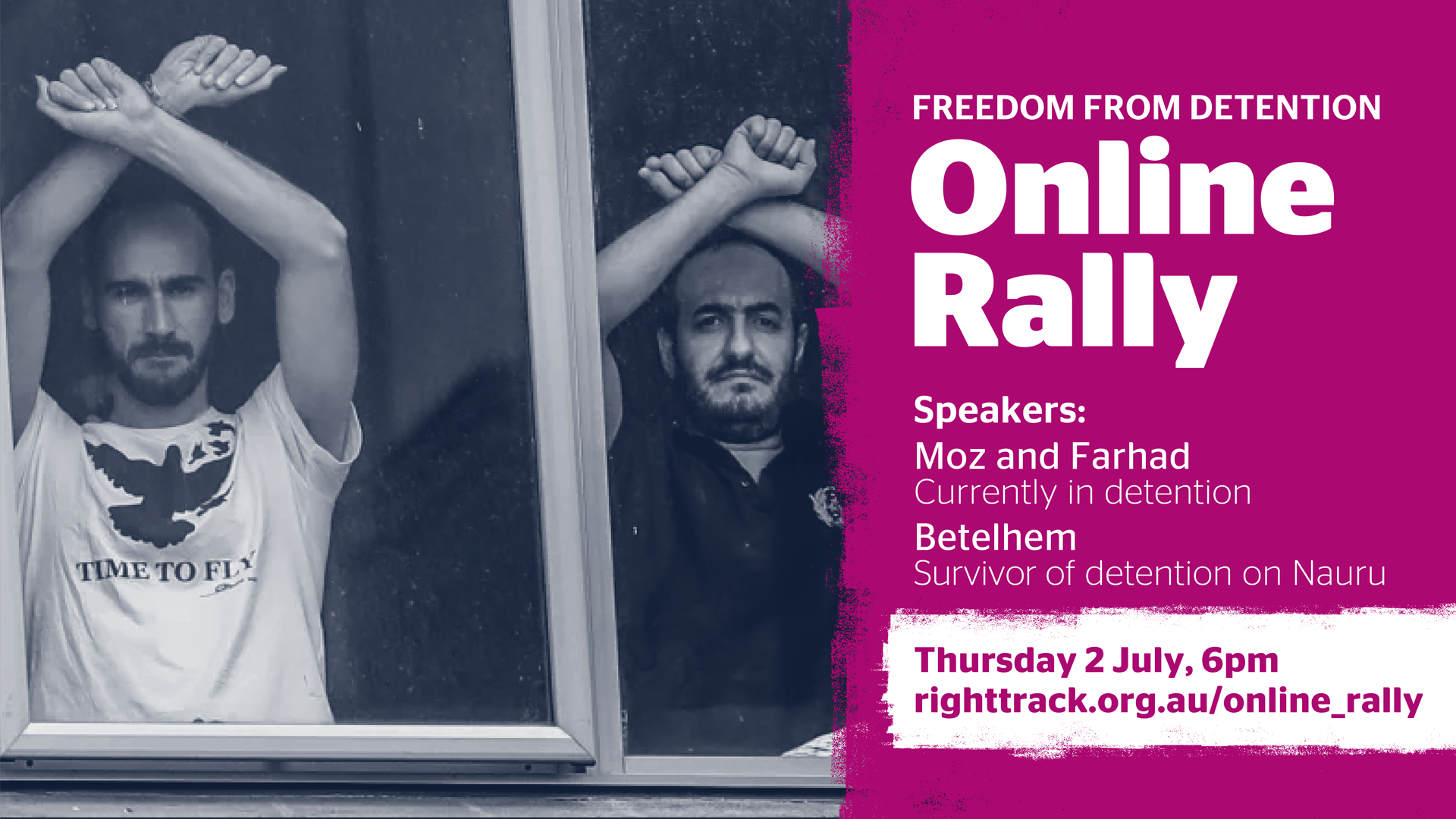 Refugees and people seeking asylum have been locked up in detention by Scott Morrison and Peter Dutton for far too long.

Right now, over 1400 men, women and children are being detained by the government, some for up to 10 years. This includes over 200 refugees who were brought to Australia for urgent medical care under the Medevac bill - many of whom were never given the care they needed - who Peter Dutton keeps locked up in cramped conditions in Mantra hotels in Melbourne and Brisbane.

Whilst lock-down restriction are easing for us and we are now meeting up family and friend, for over 1,4000 people their future is still uncertain and remain locked up. We are calling for the government to release all refugees and people seeking asylum from detention.

Join us at this Online Rally to

Note: This event will be held via Zoom, so be sure to download that (free) app if you have not already. We will also broadcast it to Facebook Live.