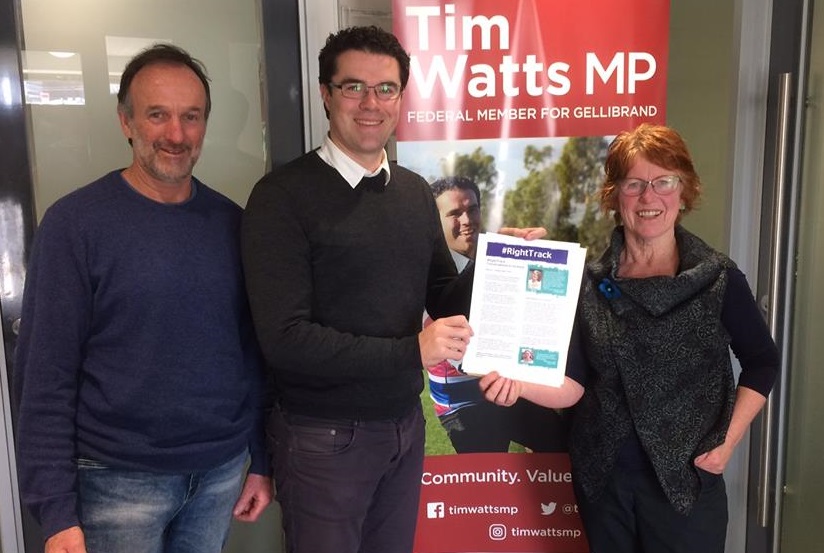 Jenny and Terry from Gellibrand Right Conversations recently organised to meet with Tim Watts MP to present him with the #RightTrack Conversations in Victoria Report, demonstrating the strength of views for a fair and decent asylum process across the electorate of Gellibrand.

Mr Watts was on side and agreed that their needs to be movement on this policy but fell short of committing to the closure of offshore detention under a new Labor government, deferring to the complexity of the issue. Mr Watts did commit to attending a forum, planned by the group in Gellibrand later in the year, to discuss the Labor National Platform on Immigration policy.

We thank Mr Watts for giving us his time and listening to our concerns.