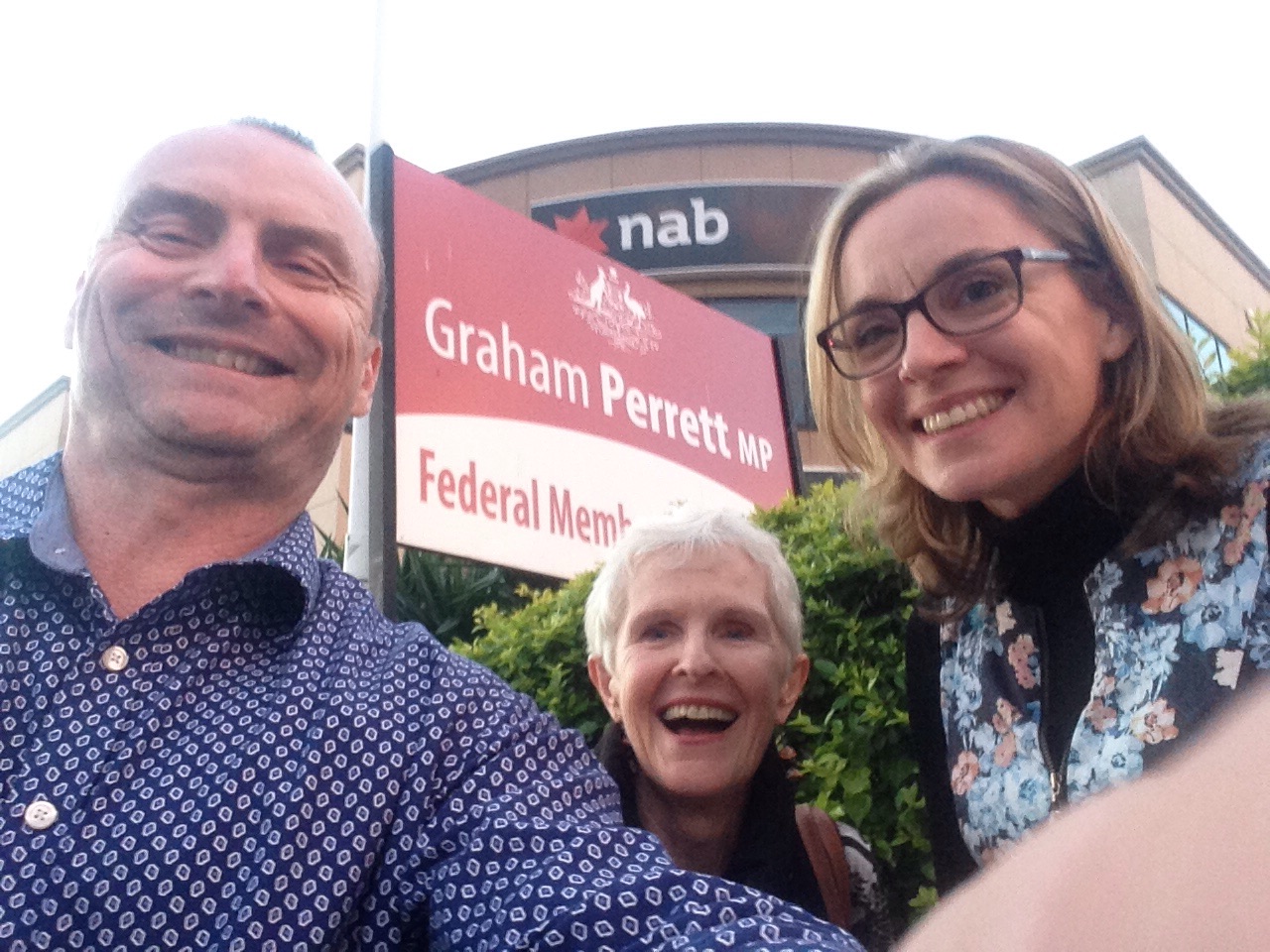 In July and August, two groups of health workers and educators, including a social worker, physio, GP and psychotherapist, along with a refugee advocate mum and a young woman seeking safety, met with Graham Perrett regarding the rights of people seeking asylum to permanent protection, fair process and community-based processing.

In the first meeting in early July, Graham committed to speaking humanely about people seeking asylum publicly, including using the term ‘people seeking asylum’ rather than ‘asylum seeker’ (a shift he graciously acknowledged that he had already made following a meeting with another group of constituents) and said he was open to finding out more about Words That Work. In this meeting, Graham said that ‘indefinite detention is cruel, costly and damaging’ and said that he, in principle, supported people being settled in alternative countries. Graham said he supported family reunion rights and that he would follow up with the Shadow Minister for Home Affairs Shayne Neumann re the ALP's position on government-funded translation and legal assistance and the Refugee Review Tribunal being reinstated and the reversal of Status Resolution Support Service cuts, and the group looks forward to his response.

As not all of the group members could not meet with Graham in July, Graham committed to meeting with the other group members, and he did so in early August. The members of this second group expressed appreciation for Graham's prior support of a young woman seeking safety who was at risk and is keen to hear back from Graham re his position on the affordability of study for refugees on temporary visas.

Following the first group's meeting, a letter was sent to Graham, asking that he advocate for permanent protection, fair process and community-based processing and speak humanely about refugees and people seeking asylum. This letter was signed by five Moreton constituents, a former refugee and a young woman seeking permanent protection so she can rebuild her life in certainty and afford to study.

Interestingly, in Graham's recent electorate newsletter, he used more humane language and discussed his meeting with the local groups.