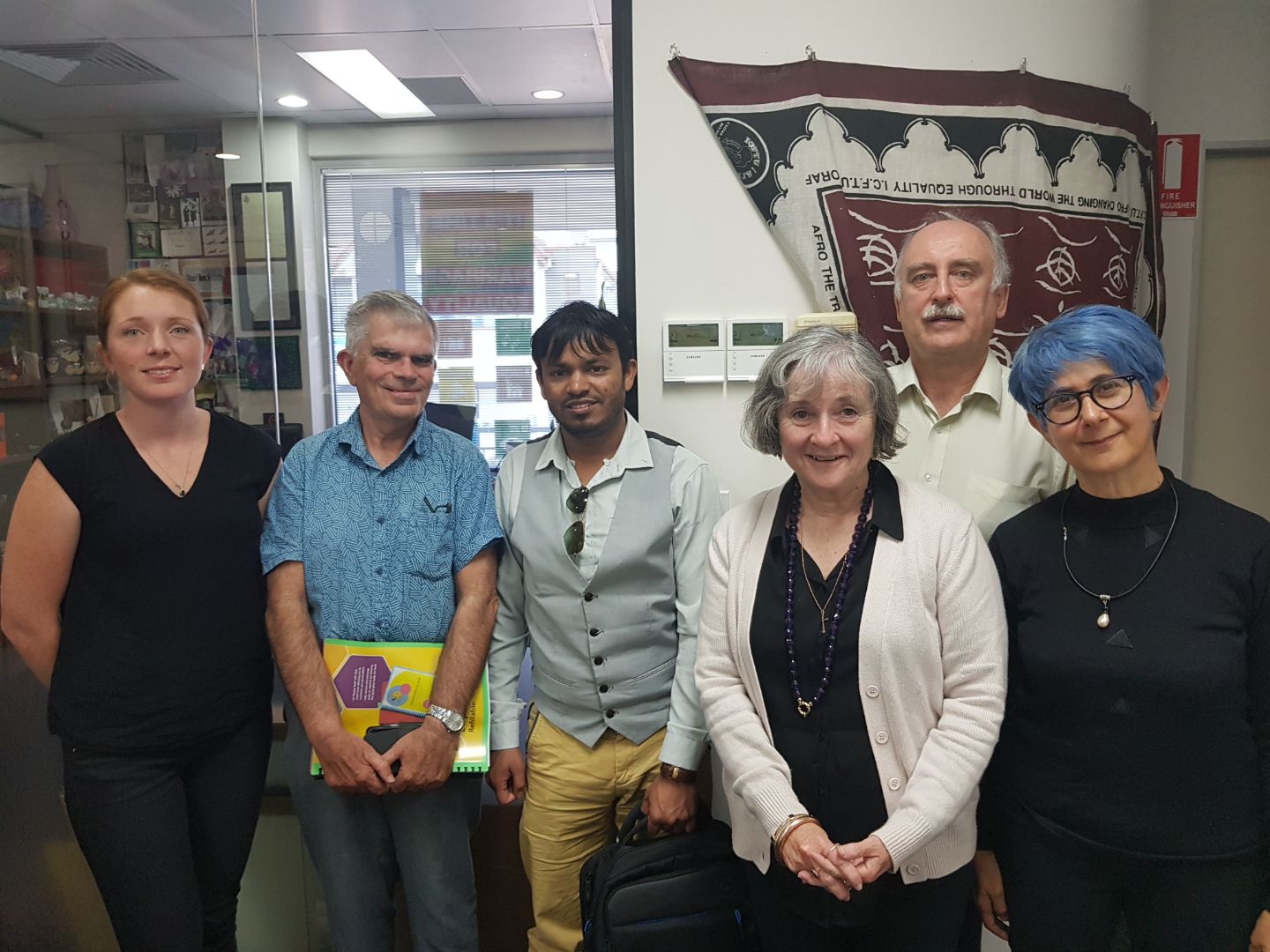 Lawyer and mum Kaylah Amiga recently organised an inter-faith group of Muslim, Jewish and Christian people from South East Queensland to meet Senator Claire Moore about getting us back on the #RightTrack.

The group members acknowledged and expressed their support for Labor’s “Refugee Sector Joint Submission to the  ALP National Platform” and requested Senator Moore’s proactive support of the draft policies, in Parliament, the Party Room and at National Conference in December; highlighting, in particular, the issues of Permanent Protection, Fair Process and the need for a meaningful plan for a safe solution for those still on Manus and Nauru.

Senator Moore indicated her long-term and ongoing support for people seeking asylum and expressed the opinion that Labor’s draft policies may not be popular with the majority. In response, the inter-faith delegation encouraged Senator Moore to contribute to a change in the national dialogue surrounding fair and efficient asylum process. Senator Moore’s commitments were to be more “vocal” in the Party room, in Parliament and at National Conference, and to use “people seeking asylum”. Senator Moore agreed to provide an official comment and at the time of writing, the group is still waiting for said comment.