There are currently around 65 people seeking asylum being held in detention across Melbourne in the Mantra Hotel in Preston, MITA (Melbourne Immigration Transit Centre) and at the Broadmeadows detention centre. These people were transported from offshore detention centres to Australia for medical care, many severely ill. However, after 5 months most are yet to receive this.

The treatment these people have faced while detained in our city is inhumane. In the Mantra Hotel, they are trapped inside 24/7 in cramped conditions. There is limited access to basic hygiene products and people are under constant guard. Despite many of the people being detained having complex pre-existing medical conditions, there is no ability for them to socially distance or protect themselves from infection. Some have been previously detained in Australian offshore detention centres for up to seven years.

“They don’t tell us anything, they don’t give us any hope, they have created this game in order to break our hearts, they don’t want to do anything for us,” said Moz, a person seeking asylum detained in the Mantra hotel.

The people being detained came to Australia to live in peace, care for their families and live free from danger. Our government is choosing to deny these people that safety. We must stop this. 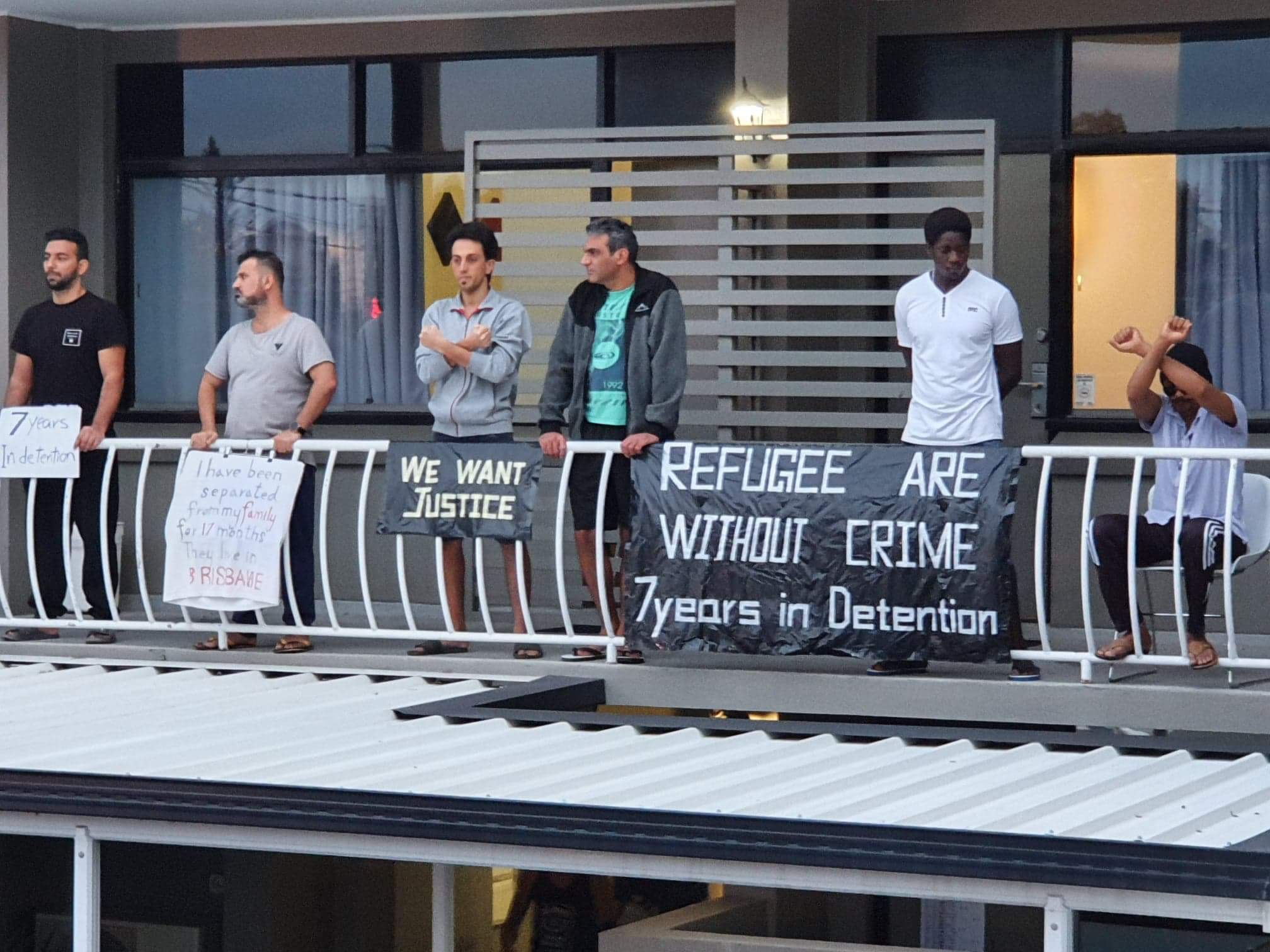 If you'd like to get involved in refugee justice for people seeking asylum, check out our Community Action tab