The Morrison Government is threatening to target and shut down charities that speak out on behalf of the communities we serve and represent.

Draconian new federal regulations to be introduced this week will mean charities can be deregistered if anyone connected to them is involved in even the most minor of offences – for example, for blocking a footpath at a public vigil.  The regulations could even see charities deregistered for unintentional acts.

Alarmingly, the Government plans to hand the regulator the power to shut down a charity if he believes a minor breach is likely to occur in the future.

If we speak out now, we still have time to stop these regulations from becoming a reality.

The Morrison Government’s laws are designed to stifle our advocacy, and silence the voices of the millions of people we represent.

The laws are a case of extreme overreach, and an attack on our democracy. They weaken our ability to hold the government accountable, and undermine our national values of free speech and fairness.

The new laws will also impose unprecedented red tape on Australia’s 59,000 charities, meaning precious time and money will be redirected away from services to admin and legal fees.

An alliance of some 80 of our most respected charities has condemned the laws, and is calling on the Morrison Government to abandon them immediately and instead support their work in building a just and equitable society.

Join us via zoom on Thursday 5th August at 1pm-2pm AEST to make calls to decisionmakers to abandon these regulations immediately.

We will get together for a briefing and then you will be given a script and list of contacts, we will all call together to let the government know that we stand for robust and fair laws for charities.

The Morrison Government's war on charities must stop. Together we can make sure it does. 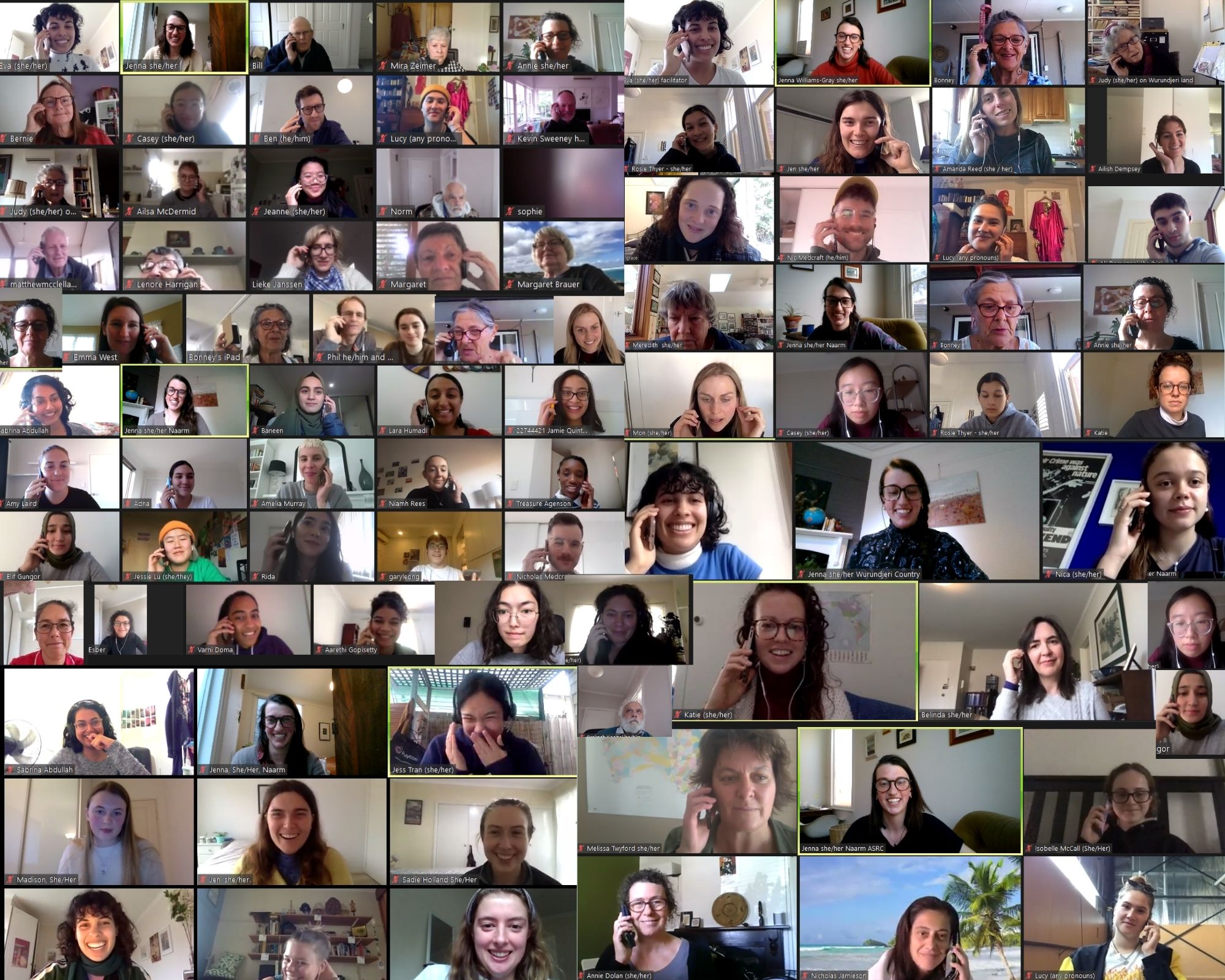