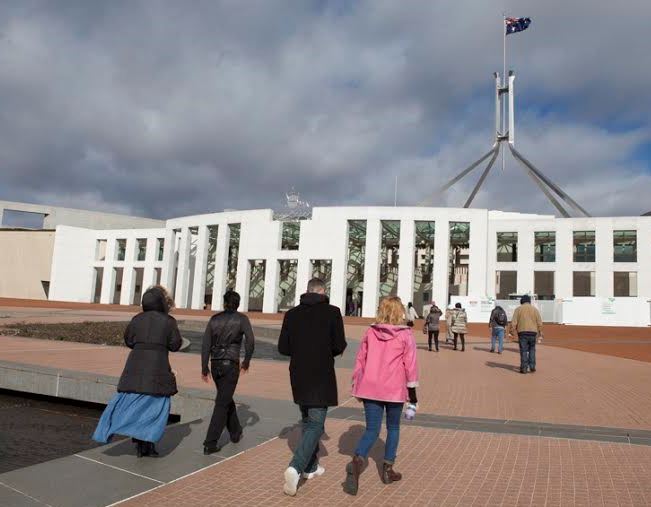 This meeting was organised by Freedom Network

Teaming up with support groups from Victoria and around Canberra, Freedom Network delegates gathered outside Parliament on the morning of June 18 2018. Standing in a circle, the group wrote up messages such as “A roof over my head” in the backdrop of proposed cuts to the very basic support that some of the most vulnerable and misrepresented groups in Australia live with.

Delegates held up banners brought along by support groups around Canberra. People with lived experiences shared their concerns over increased challenges to those people seeking asylum. MPs Nick McKim, Ged Kearney, Susan Templeman and Andrew Giles  came over to the lawns and shared words of solidarity.

While this event occurred outside of Parliament House, inside, a high level delegation of leaders from the Refugee Council of Australia, The Salvation Army and the Asylum Seeker Resource Centre was meeting with the press inside. Throughout the day delegates continued meeting with MPs from Labour, Greens and the Coalition.

Freedom Network delegates expressed their desire for members of the Parliament cross benches to do more to alleviate the conditions to those made most vulnerable in the process of seeking Australia’s protection.