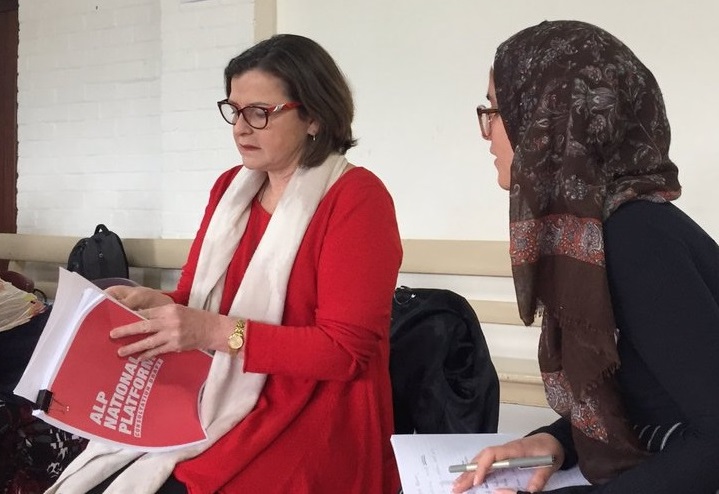 This meeting was organised by Sawsan Alfayadh

Freedom Network recently met with Ged Kearney Labor MP for Cooper to explain the impact of Government policies on their lives and to ask how Labor plans to create a fairer asylum process if elected at the next election.

For a network primarily made up of people from refugee backgrounds and people seeking asylum, the chance to share concerns with Ged was useful. She said Labor is committed to removing temporary protection, reinstate the appeals tribunal and reassess rejected claims. Ged cautioned on how far her party would ultimately go but wanted people seeking asylum to be “safe happy and healthy”.

Members shared the challenges that included access to education, recognition of professional qualifications, Government cut backs to the Status Resolution Support Services (SRSS), family reunion and the protracted nature of certain processes. Ged was happy to respond to queries but said a commitment can only be made by the party.

Ged expressed hope that the draft Labor Platform won’t change when voted for but would just get better.

Overall, members felt there is someone in the Labor Party who does care about them.

Thanks Ged for meeting with us!